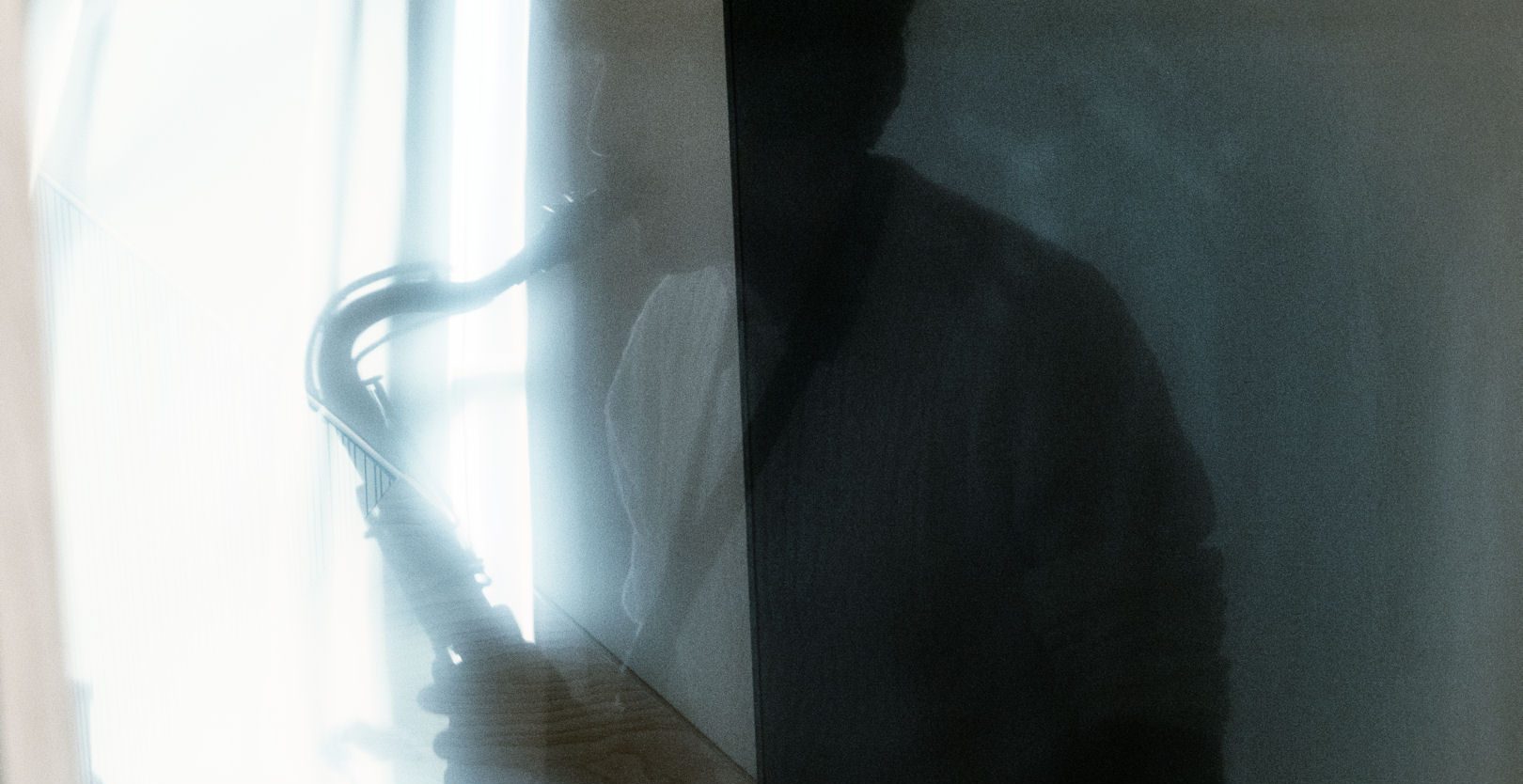 Michele Tino is an Italian saxophone player, composer and educator, mainly working in the Jazz music environment.
In the last few years he’s getting more and more attention as one of the most significant artists in the Italian new musical scene and as one of the most personal and in demand alto and tenor saxophone voices.

Born in Naples in 1991 he began his musical studies as a child, on piano.
At the age of 11 he moved to Florence and discovered a deep passion for Jazz music, leading him to approach the study of alto saxophone.
While attending the high school he entered the classical saxophone course at the Ferrara conservatory, studying with Italian well known saxophone player Marco Gerboni.
At the age of 18 he began his Jazz Saxophone bachelor at the Ferrara conservatory and then moved to Rovigo, where he got his bachelor and master’s degrees, both with the highest grade “Cum Laude”, under the guidance of Marco Tamburini.
At the same time he studied privately with clarinet and saxophone player Nico Gori, one of the prominent figures in his musical development.
In 2008 and 2010 he attended the Siena Jazz Summer Workshops, studying with Bobby Watson, John Taylor, Scott Colley, Anders Jormin, Jim Snidero, Stefano Battaglia, Mauro negri, Achille succi.
In 2013 he moved to Amsterdam, first as an exchange student and then entering the master in Jazz Studies at the Conservatorium Van Amsterdam.
In his Dutch years he got the chance of studying with great musicians such as Lee Konitz, Mark Turner, Miguel Zenon, Steve Lehman, John Clayton, Ferdinand Povel, Jasper Blom, Simon Rigter, Joris Roelofs and many more.
In 2015 he was awarded with two scholarships from the Dutch government that allowed him to take part to an exchange program between CvA and Temple University in Philadelphia.
This gave him the opportunity to attend one semester at Temple University, studying with Dick Oatts and Terell Stafford. During this time he also got chosen by Oatts and Stafford as a member of the TU Jazz Band, which allowed him to perform in some important festivals and venues in the United States.
This period turned out to be a pivotal part of his musical education.
After he graduated at CvA in 2016 he moved back to Florence, where he is currently based.

By the time Michele Tino moved back to Italy his professional career developed very quickly, soon becoming a stable member of many relevant musical projects. This made him more and more well known as a soloist, mainly on alto saxophone, but also on tenor saxophone and flute.

Michele Tino is also leading his own quartet since 2018, featuring Simone Graziano on piano, Gabriele Evangelista on bass and Bernardo Guerra on drums.
In 2019 his band got chosen by Italian Jazz Festivals Association (I-Jazz) as one of the most interesting and representative Italian Jazz projects: this allowed Michele Tino Quartet to perform in many festivals in Italy and abroad, such as Toronto Jazz Festival.
In June 2021 Michele Tino is releasing his first record as a leader, “Belle Époque”, for the Italian label Auand Records.